There are many prepositions of time in English. Some of them are rarely used, some we say many times per day without thinking. However, each of the prepositions has its unique features we must know to use them correctly.

Let’s take a look at each of them with the rules and examples.

We use the preposition at to denote time in different situations. Take a look at examples:

We’ve arranged for a car to pick you up at five.

I would get up at five in the morning and go to work.

I asked her to call me at five o’clock.

We also use the preposition at with the names of holidays when we are talking about a holiday as a period of time. When we don’t mean a specific day.

You look taller than you did at Easter.

We often add the word time after the name of a holiday:

Few people could remember such heat at Easter time.

We use the preposition of time at with words like:

Be in the town square at midday.

I heard him yelling at night.

They have a class at noon.

But what will I eat at midday?

We use the preposition at with weekend/weekends. Take a look at examples:

Do you go home at weekend?

I pick him up at weekends.

Please note that the restaurant is closed at weekends.

We use the preposition at with words that represent the present moment in time:

The case is pending at present.

We’re a bit shorthanded at the moment!

However, at present this likelihood looks remote.

I’m staying with my Aunt at the moment.

We often use of in expressions like at the end, at the start, at the beginning. Take a look at examples:

They’re still tied at the end of the third overtime.

It’s nice to see you at the start of the day.

Now let’s talk about when we use the preposition on.

One of the main uses of on as a preposition of time is:

preposition on + name of the day of the week

I will be back to school on Monday.

See you on Saturday at home!

I just love the city on Saturday mornings.

Our next meeting will be on Monday morning.

Our next meeting will be on Monday morning.

We used to go to the movies on Saturday evening.

We use the time preposition on with dates:

They told me that you left on 4th of July.

Zanzibar became independent after the revolution on 12th January 1964.

The documentary will be aired on 16th October.

We use the preposition On in various combinations with the word day.

Look at the examples to better understand what combinations I’m talking about:

We went to chapel three times on Christmas Day.

Our doors opened on Christmas day, 1881.

I go to the movies every year on my birthday.

Thanks for taking me out on my birthday.

We use the preposition of time in when we talk about longer periods, for example:

We have been using the preposition in with years.

The protocol should be completed in 1997.

Milton Bradley released the first board game in 1975.

The first recipient is to be selected in 2020.

We use the preposition in with the names of the seasons.

The popular garden restaurant is open in summer.

My brother swims every day in summer.

Detroit is so lovely in winter.

The only thing I ever caught fishing in winter was a cold.

The entrance exams are held every year in spring.

The weather in spring can be very varied.

We also use the preposition in together with the names of the months.

His brother Henry was crowned emperor in August.
I always think your birthday is in August.
They give birth to single offspring in May and June.
We agree that that draft resolution must be completed in December.
He was arrested in November.

We use the preposition in in different phrases, such as:

He’s asked to see me in the morning.

I’m always anxious in the morning when the mail arrives.

I’m sorry to disturb you in the evening, sir.

She often came to the office in the evening.

Yes, it’s a dress you wear in the evening.

The meeting ended at three in the afternoon.

You know I’m working in the afternoon.

We’ll meet you there in ten minutes.

I’m sorry, I have other clients in ten minutes.

The wedding is in two days.

They’re going to let me know in two days.

The elections are in five weeks.

I’ll be twenty-six in seven weeks.

We had to leave in two months.

He moves to New York in two months.

We had to leave in two months.

I will spend two days with my wife in two months.

You are getting married in five months.

Preposition of Time: Before.

We use before to indicate that an action will start before another action or event.

I’ll look at it before I eat and before I sleep.

I saw her the last summer before she disappeared.

I am thinking about the wonderful days before our wedding.

Preposition of Time: After.

Your mom needs help after school.

You should take one pill after lunch and after dinner.

I will call the day after tomorrow, after our graduation ceremony.

We use for to indicate how long an action takes.

He guarded the Horseman’s head for two centuries.

I drank this wine every day for a year.

I could stay for a day, or more.

We use the preposition During when we want to say how long an action or process takes.

We use During before the words that denote such a process.

Their texts must be agreed during these consultations.

The man provided information about mistreatment during his detention.

These birds are most active during the night and during rainfall.

We use during to indicate when an action occurs. During what time.

Each mission achieved considerable progress during 2002.

They mapped the entire area during their mining operation.

What will you do during the meeting?

Note the difference between the prepositions of time for and during.

I’ve been working in Beijing for the last year.

They could have hit us at any time during the last year.

We use the preposition of time while when we say that several things happen at the same time.

I just watch the place while he’s away.

I was watching TV while the boys were playing with toys.

You must sneak out while I distract them here.

Anyway, another interesting thing happened while I was there.

We use the preposition Through in some cases to indicate that one action occurs during some other time or event.

I will go through all countries to find you, my love!

He did hard manual labor through the day.

I thought you were gone through the summer.

The voting was conducted over five days.

The gender gap has decreased over the years.

We use the preposition Within to emphasize the fact that an action happened in the interval of a certain time.

It was approved by both courts within one day.

The two films were released within one day.

Most cases are resolved within two calendar months.

We use from to indicate the time when the action started.

I have been working from the day I arrived.

I saved this newspaper from the day Lisa was born.

We use since to indicate exactly when the action started.

Nobody has touched the grave since my aunt was buried.

He has not stopped barking since Dad left.

Sam, you haven’t said anything since the accident.

With the help of since we say that the action began in the past and has been continuing until the moment of speaking.

We both loved each other since the day we married.

Zimbabwe has experienced successive years of droughts since 2000.

We use by when we say that an action will be completed at some time or before the start of another action. To emphasize this point, we use the preposition by.

You’ll be free by the next moonrise.

She better be gone by the next time we talk.

It all needs to happen by the next week.

He was a multi-millionaire by the time he was 27.

We use the preposition By to indicate that an action will happen at some moment. The action may end much earlier than this moment. The main thing is that the action will already be completed.

By the next morning, the trap was set.

I will be in London by this time tomorrow.

I want you gone by Monday morning.

Please get this work finished by Monday.

Prepositions of Time: Till and Until.

The prepositions of time Till and Until help us indicate the time or event before which some action will take place.

Nobody moves until I get some answers.

This license is effective until terminated.

I say wait till we have more answers.

We also use Till and Until to say that something won’t happen until a certain moment or another action arrives.

I can’t sleep till Adam’s safe.

We use the prepositions of time until/till when we want to specify how long an action lasts.

Please be patient and wait until it finishes.

Keep going till I figure this out.

Wait till my dad sees how good she looks.

You can also read the full article about Prepositions in English. 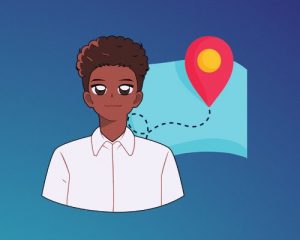 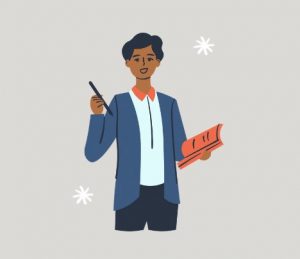 Prepositions in English: How to Use 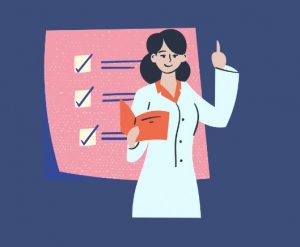